Well, I am already late for this, since hanami season is already upon us. Japanese traditions and values are fascinating to a foreigner’s eye, and I think that, while a lot of people are aware of the beauty and impermanence of these cherry blossoms, sometimes it may be hard to fully understand the emotions behind the affection and devotion that Japanese seem to show toward sakura.

I will try to dig a little bit more, trying to shed some light on the link between beauty and impermanence while remembering a beautiful hanami I witnessed, 5 years ago, in the deep of the night.

Japanese culture and the sense of Impermanence

As many already know, sakura blossoms are considered one of the most relevant symbol of Japanese culture: while the national flower is the chrysanthemum, cherry raised to an even higher level, represent a peculiar attitude of Japanese toward impermanence, life and death.

“The Japanese were perhaps the first to discover the special pleasure of impermanence and believed… that impermanence was a necessary element in beauty.” 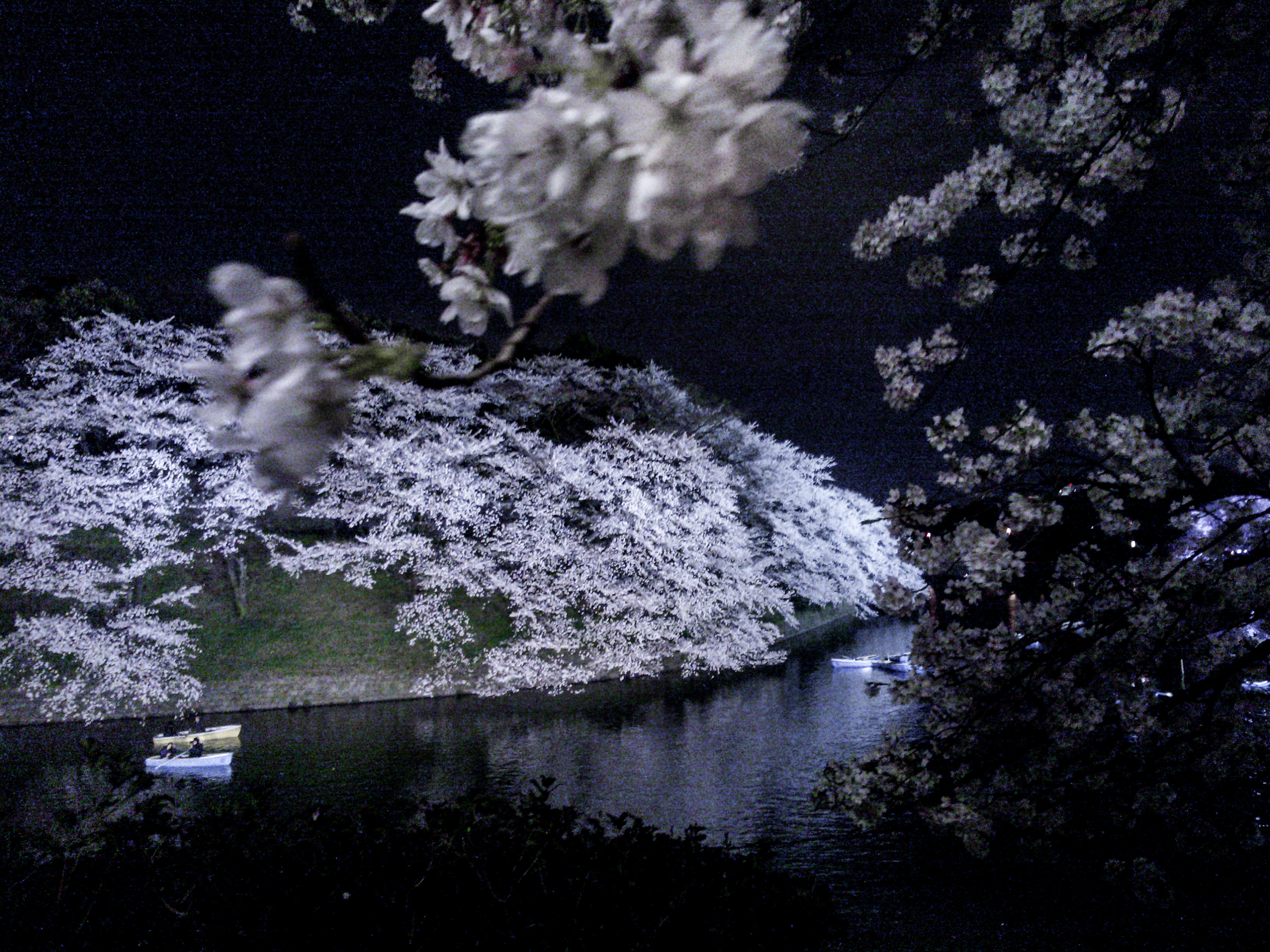 Japanese literature, religions and folk traditions are all filled with a sense of acceptance, even celebration impermanence; the term associated is mono no aware (poignant sadness at the passing of things), first expressed in Genji monogatari. The sentiment of aware suggests a melancholy fondness for the brevity of life (symbolized by sakura blossoms) and  the beauty in death (symbolized by the fading away of the red autumn leaves).

Some of the most renowned expressions of impermanence are those of authors Saigyo and Chomei, who enjoy the isolation of their hermitages exactly because this enables them to fully participate in “feeling touched by the bloom and fall of flowers”; similar sensitivity is found also in well-known religious figures such as Dogen (master of zen philosophy) who states that “life and death are equally the manifestation of the total dynamism” of impermanence-Buddha-nature (mujo-bussho).

Death and life in Japan

The idea connected with cherry blossoms and impermanence in Japan is that death is coexistent with life, and often seems to be even more prominent. The feeling of the inevitable passing of all beings, and the consequent feelings of sadness and grief in turn become the basis for sympathy and compassion.

It’s clear the influence of Buddhism behind this ideal and sensitivity; since its origins, Buddhism focuses on the transitory quality (mujo) of all phenomena, and this feature is the basis for the final liberation and attainment of nirvana.

However, the Japanese culture seems to elaborate more on the priority of death than other cultures influenced by Buddhism; so much so that death becomes the symbol of the sense of existence. Why is that?

“The problem as to how to face death has developed in Japan as a peculiar pattern of culture. It makes the Japanese feel that they must meet death squarely, rather than avoid it. The cultural tradition encourages them to be prepared to accept death with courage and with tranquility. … In that sense, it may well be said that for the Japanese death is within life.” 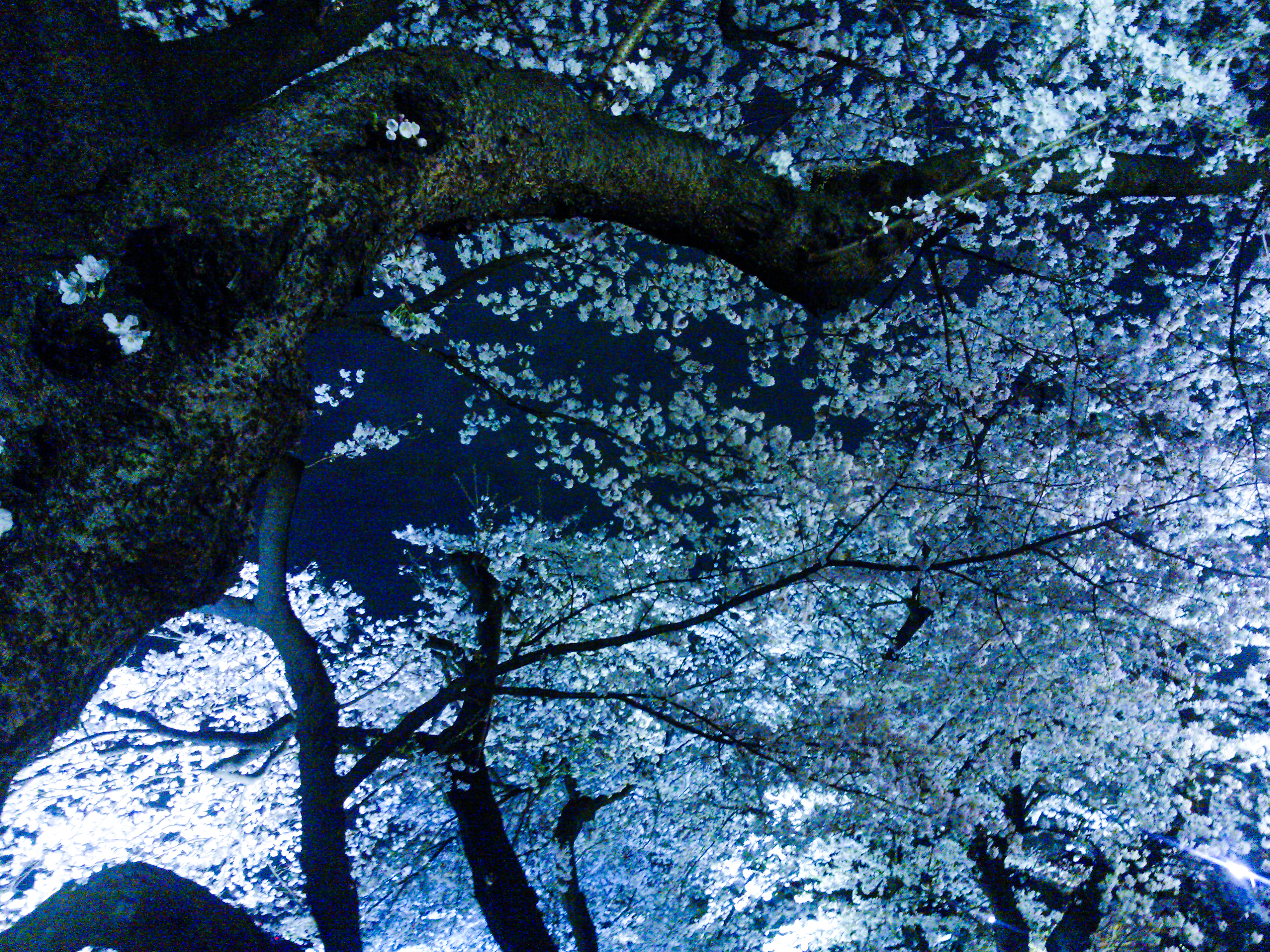 Various researchers tried to trace a history of impermanence in Japan, and it’s customary to begin with the Genji monogatari and its emphasis on the sense of aware (sensing-impermanence, mujo-kan), as a sense of regret and remorse in the face of the dissolution of life and love.

Some traces of impermanence are also traceable in works such as the Man’yoshu, with the notion of hakanashi, frailty based on the gap between external things moving too rapidly while the human beings and their feeling cannot keep that pace, ending up frustrated by the loss.

The etymology of Hakanashi itself is deeply moving: some state that haka refers to a time unit for planting and cutting rice, thus representing a measurement of temporal limits. To this, the negative suffix –nashi is added, and the word come to indicated “past the limits” in the sense of time that has flown by or passed from view.

This etymology may also offer a significant thread between the feelings of uncertainty experienced in front of nature in pre-buddhist rice cultivation society and the contemplative religious and literary realization of impermanence in its essential state.

Sakura and death in Japan

The understanding of impermanence implies the acceptance of the unpredictability and inevitability of death. In the Man’yoshu death is the symbol hakanashi, leading to loneliness and longing for the ephemeral phenomena and human endeavors. In the era of Genji, the attention falls over the feelings of aware and kanashimi (sadness), and death is the source of an ironic beauty and attraction for the sweet sorrow of separation.

If we move from to the contemplative interpretations, we see that death has the capacity to move people emotionally, and it becomes an opportunity for existential liberation from attachment. 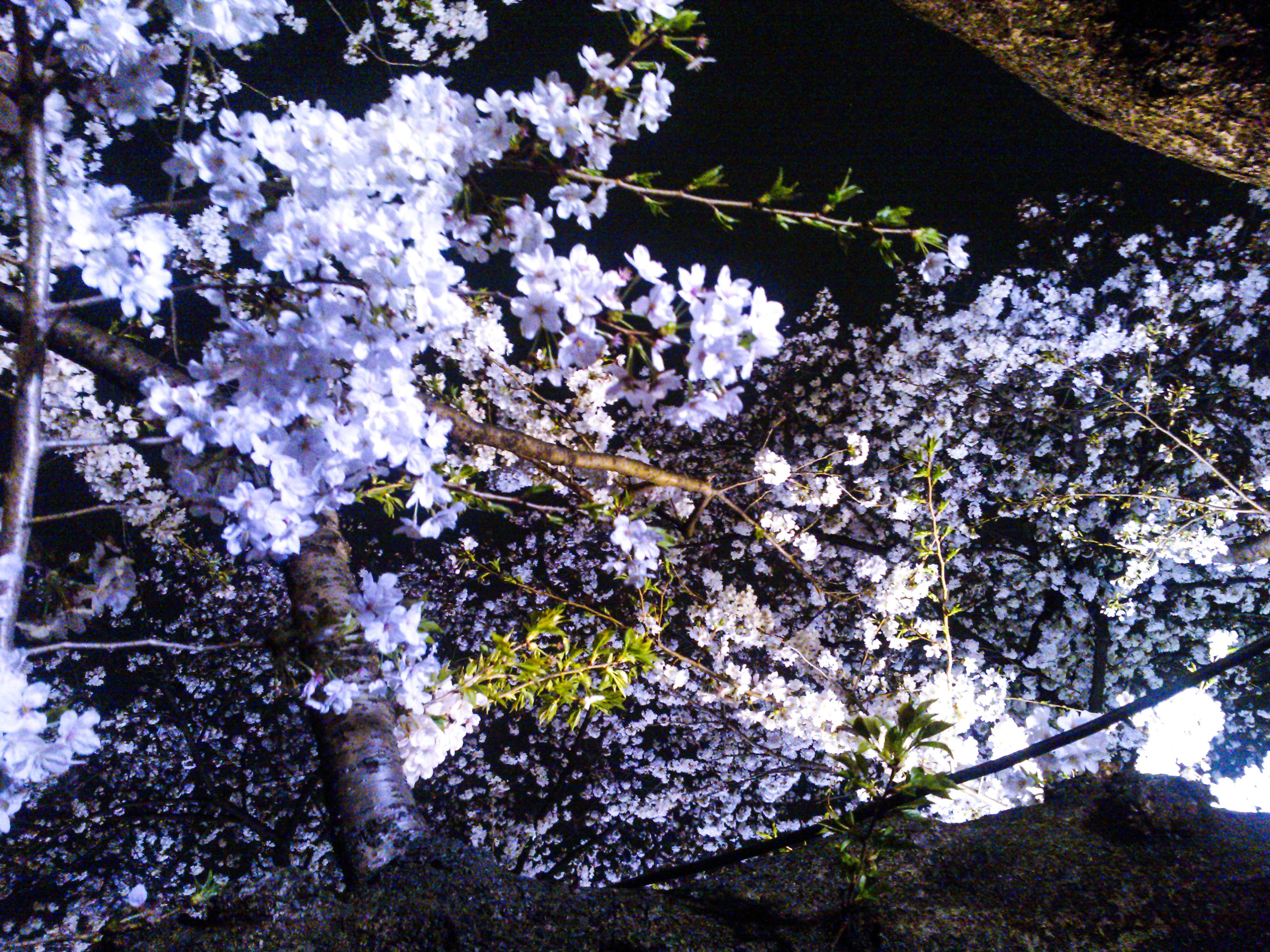 For anyone who ever tried to study (or get in touch with) pre-buddhist traditions, and modern-day Shinto, one think immediately comes to mind: folk and shinto traditions are renowned for their abhorrence of death.

In these traditions, rituals generally revolve around gratitude for a prosperous life, a good harvest and the avoidance of sickness and mortality. As I wrote somewhere before, Shinto mythology underlines the horrific character of Izanami after she falls into yomi no kuni (the land of the dead).

But if we look a little closer, folk and shinto traditions also underline the power of tamashii (embodied spirits), and shirei (spirits of the death), and the land of the dead is more often envisioned as next to ours.

So, it’s more likely that Japanese folk religion tends to see death as a “creative” act or a sign of regeneration and renewal: new life emerges from the world of death. Pre-Buddhist view of death was characterized by a sense of spatiality in seeing the land of death as a spatial extension of this world that is accessible by crossing a boundary in an actual place.

Death, however, also has a temporal quality; it is not an actual place but a psychological state of anticipating a change in and loss of life. Folk religion does not simply abhor death but sees past dying to inevitable regeneration; it is not so much concerned with the conflict between life and death as with the continuity of fertility and renewal of the cycle of growth.

Thus, despite the seemingly different approach, both Buddhism and pre-buddhist (shinto and folk) traditions appear to consider death not as death, but as a reminder, a pointer to the link between the continuity between past renewal, considered as the underlying meaning of impermanent existence. 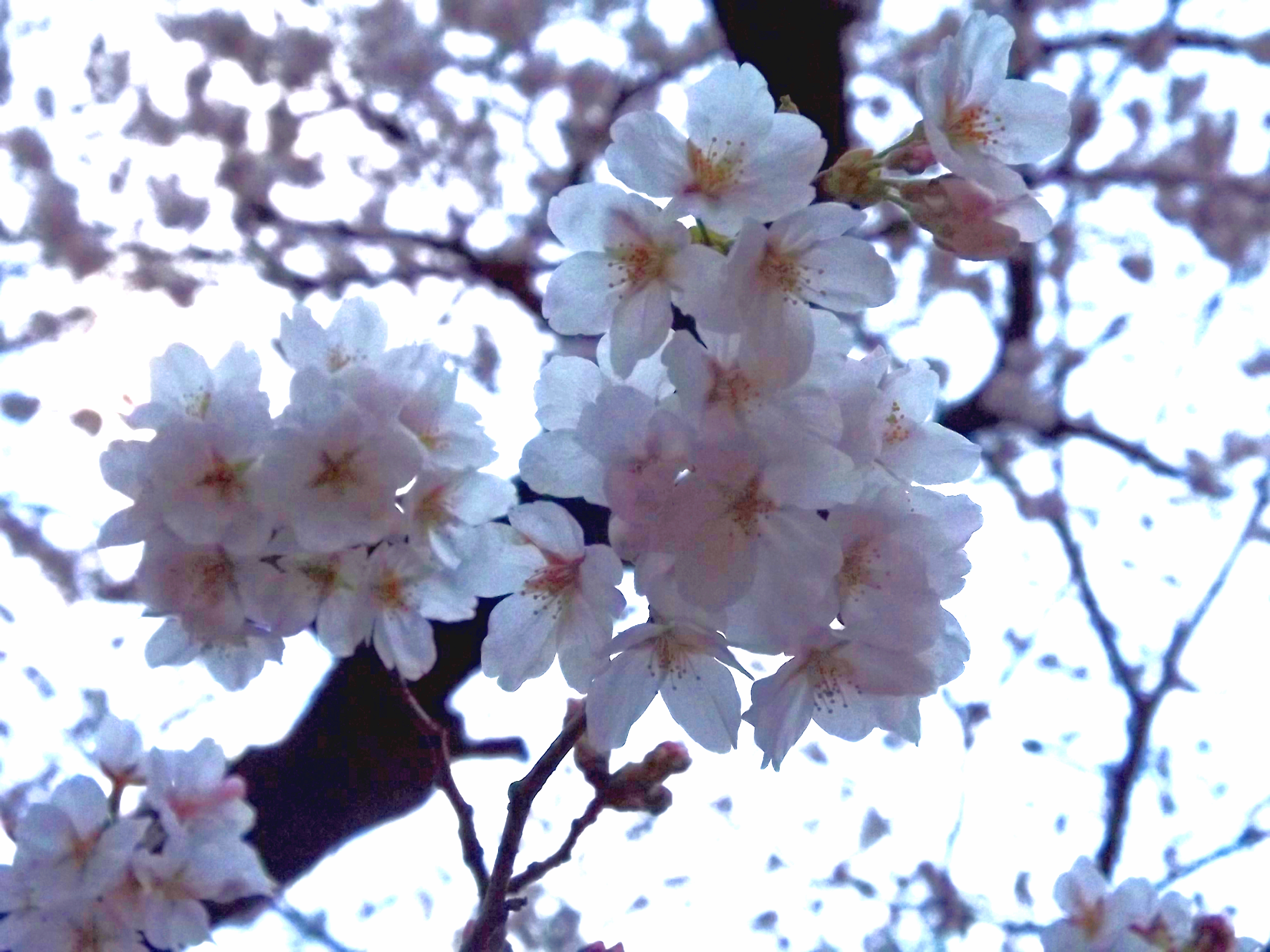 Many things could still be said about this touching tradition, but I prefer to keep the post fairly short and not too heavy; I might come back to this topic in the future, but let me know what you think!

Have you ever been in Japan during hanami? did you enjoy the amazing view and the quiet atmosphere? Let me know in the comment section below!

END_OF_DOCUMENT_TOKEN_TO_BE_REPLACED

Japan travel tips: How to move around in Tokyo

Landing in Tokyo is very practical, and indeed this is often your first city in the itinerary in Japan. However, this is a HUGE city, and moving around the different neighborhoods and centers may...

END_OF_DOCUMENT_TOKEN_TO_BE_REPLACED

Happy new year to all of you! I hope this 2019 began with energy and peace. Today I share with you something different, that involves paper, pencils, watercolors and off course Japan! Illustrating Japan For this new...

END_OF_DOCUMENT_TOKEN_TO_BE_REPLACED

My #5 must-see places in Kyoto

It took me a long time to fall in love with Kyoto - about ten years. But this year the magic happened, and now I feel the urge to share those places that made...

END_OF_DOCUMENT_TOKEN_TO_BE_REPLACED

#9 apps to travel to Japan

In May, I will be back to Japan and I will visit some new places that were on my bucket list since ages... so, I am getting ready (again) for the trip, and aside...